These films will be available for screening Thursday October 29 to Friday October 30 with a Zoom Q&A session with the creators Saturday October 31st.

Workmen’s Circle members are eligible for a 25% discount off the ticket price by quoting “WORK@TJFF” when ordering tickets.

See the attached flyer for program detail or go to https://tjff.com/films/new-yiddish-talkies-a-short-film-programme/ .

From a magical-realist comedy set in Hasidic Brooklyn, to two masterly-directed films based on stories by Sholem Aleichem and Franz Kafka, TJFF presents an eclectic collection of wonderful new shorts films from around the world, produced in the Yiddish language. Plus, two charming English shorts show a younger generation reflecting on the Yiddish language and values they have inherited. 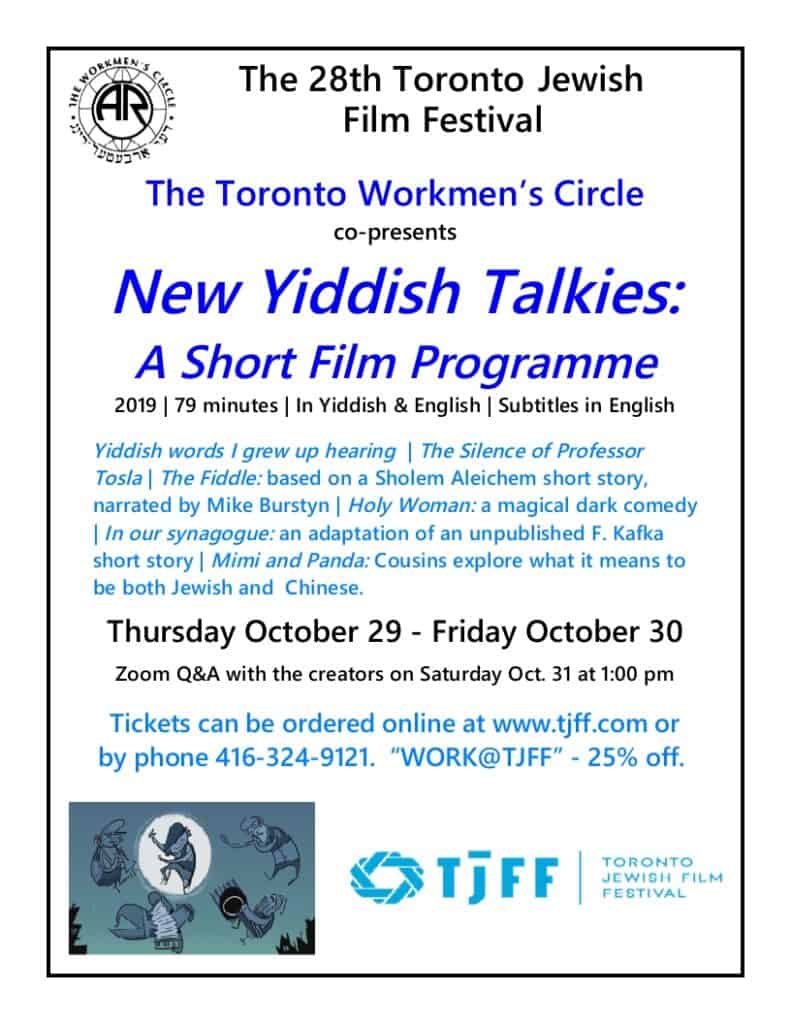