The Toronto Workmen’s Circle annual commemoration of the Warsaw Ghetto Uprising is our way of honouring those who perished in that heroic stand against Nazi brutality. But, more than that, it is our opportunity to show that we are honouring our pledge never to forget the martyrs of the Uprising and, indeed, to ensure that their inspirational story is known by successive generations.

We therefore invite you to attend this year’s commemoration of the Uprising yourself, of course. But we also urge you to bring your family members and friends – especially the younger ones – to join us for an event that promises to be a deeply moving and informative experience

Dr. Paula Draper is a Holocaust historian who specializes in memory history. Dr. Draper holds a Ph.D. from the Department of History and Philosophy of Educational Theory OISE/U of T where she majored in ethnic and immigration studies. In 1986 she created and oversaw the Holocaust Documentation Project of the Neuberger Holocaust Education Centre. Dr. Draper has been involved in a multitude of Holocaust-related projects, including the Royal Commission of Inquiry on War Criminals in Canada, the second trial of Holocaust denier Ernst Zundel, and as Lead International Trainer for Steven Spielberg’s Shoah Foundation. Dr. Draper has published widely on the topic of Canada and the Holocaust, and is now researching the post-war experiences of Canadian Holocaust survivors. 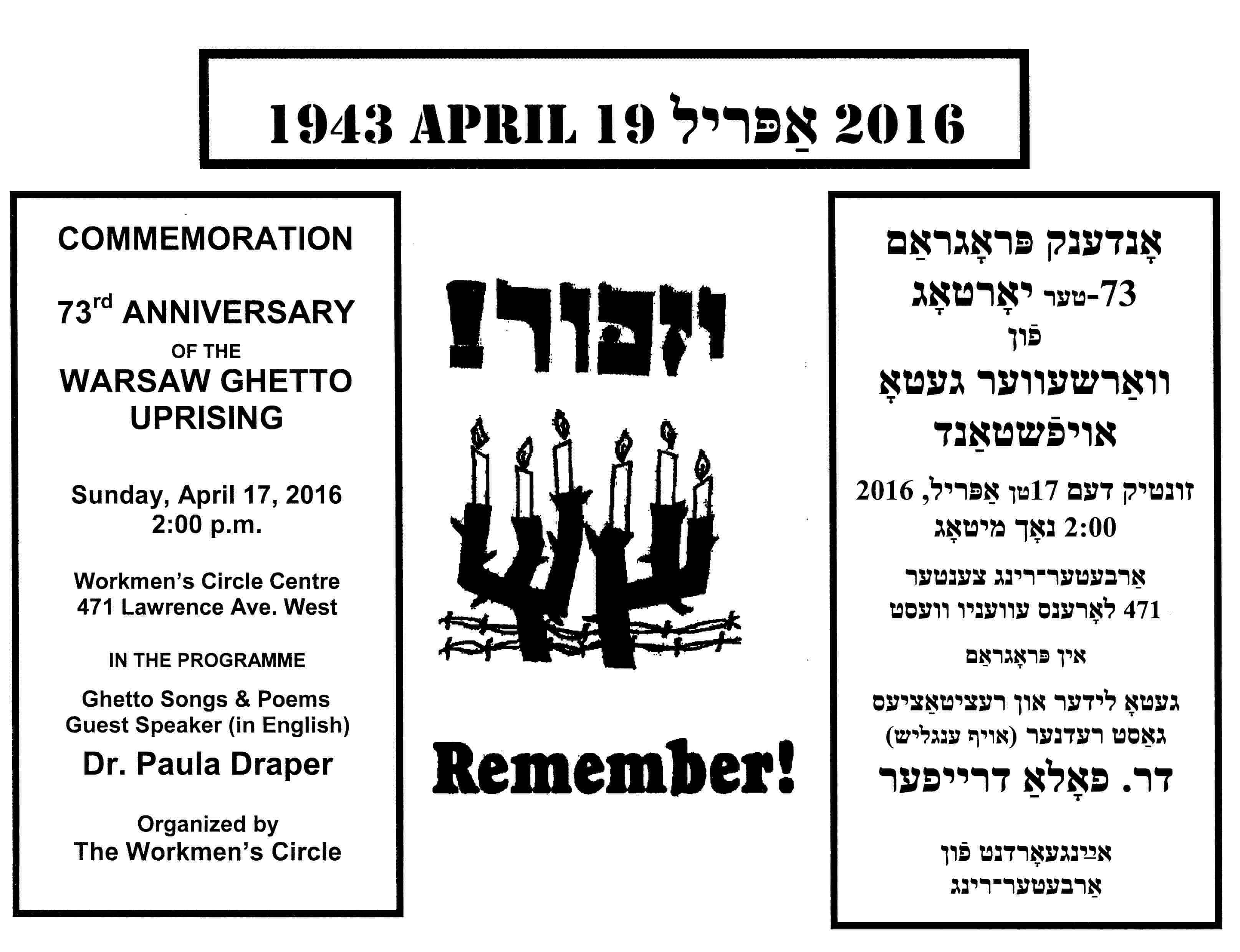